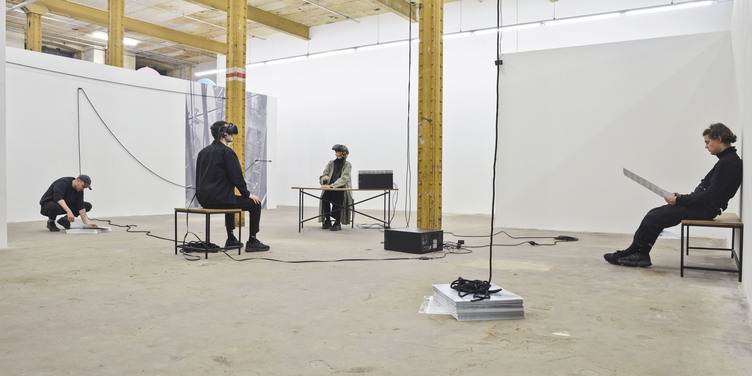 Moving trough the world wide web means being exposed to a variety of content in a high tempo which does not always attract you, but can also seem revolting to you. The resulting emotional state of the user - a feeling of being overwhelmed and a certain unsteadiness - is the starting point of the work “66mio views“. The viewer is sitting inside a room filling installation. Head mounted displays enable him to be part of an immersive VR environment in which he faces irregular shapes and so called “non-player characters“ (NPCs). The shapes are textured with videos from common Image-boards (4chan, 9gag, …) as well as viral YouTube videos. Their content is diverse and evokes not only positive emotions (e.g. videos of puppies), but also very negative emotions (e.g. so-called gore videos, videos of violence). In a self-developing rhythm of motion, the forms relate to the position of the viewer, move towards him, go through him and move away from him.
Various NPCs from 3D-model databases approach the viewer and recite text-sequences from the videos in varying tonalities.
This immersive installation understands the technical infrastructure (computercases, cables, …) as an instrument which designs and shapes the space. It is being expanded with ropes as well as pictures and text fragments from the videos. Stacks of prints show extracts from the videos and thereby display their content transformed and adapted to an analogue medium. The visitors are invited to take these prints with them and transform the content once again by removing it from its original place.
Keywords like connectivity/dysconnectivity and comprehension/incomprehension as well as thinking about the digital space as an emotional shaping tool led to this installation which connects digital and analogue content in an abstract, fragmented way. 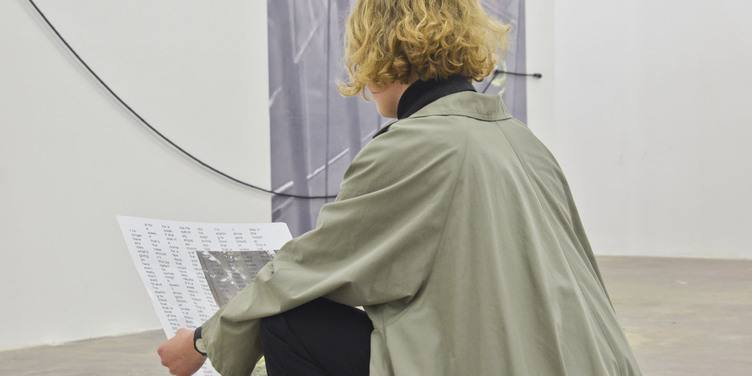 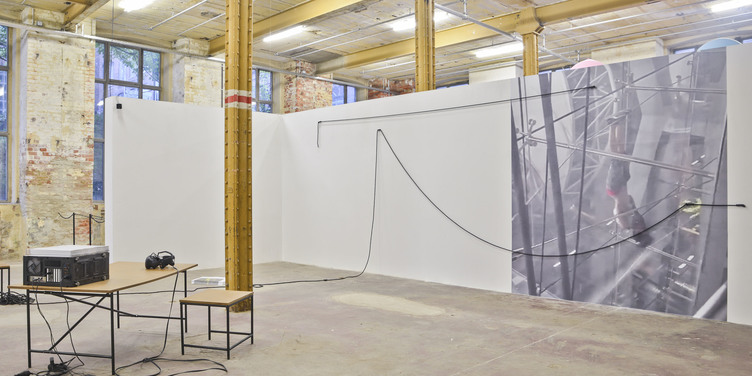 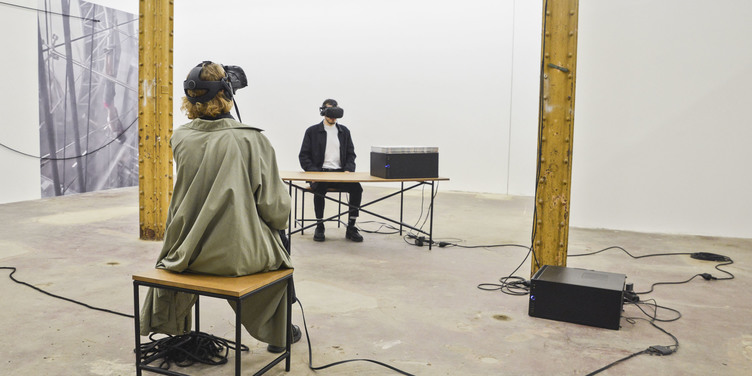 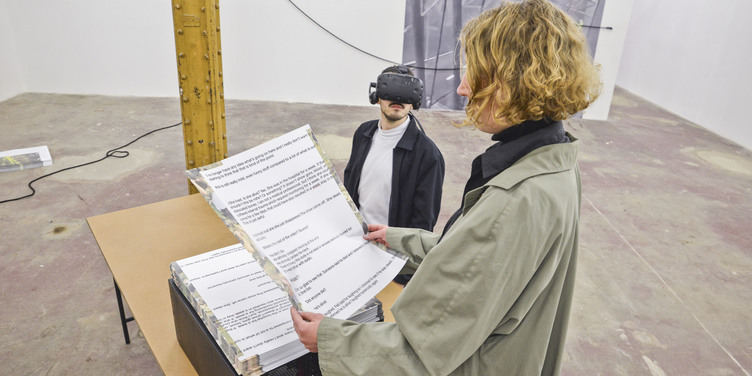 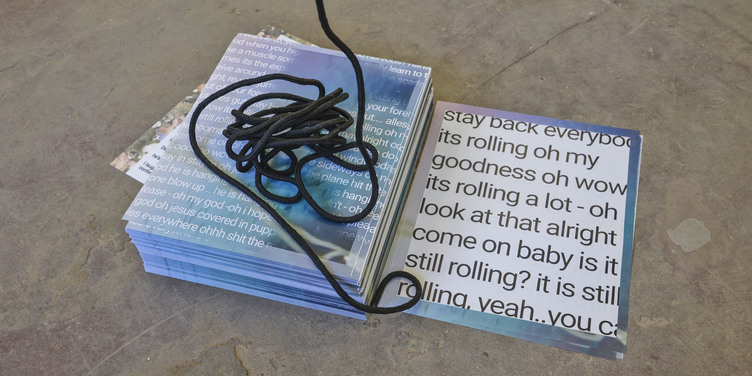