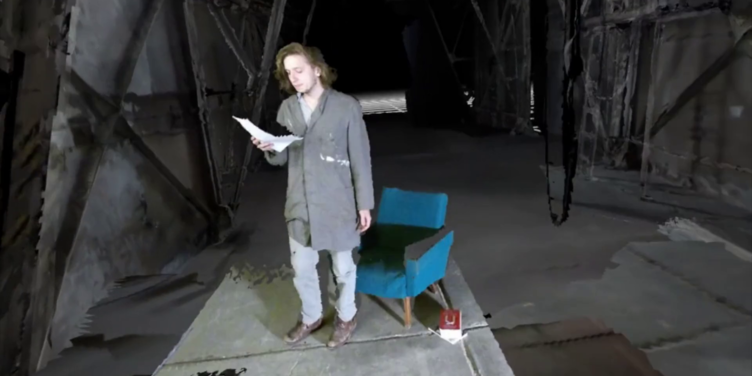 Framed as an on-site VR-lecture reflecting its own technology, this work was specific to the “Bautechnisches Denkmal Schacht Dölitz”, a now defunct lignite mine shaft in southern Leipzig. The site was 3D-scanned and 3D-modelled. In VR we see a reproduction of what immediately surrounds us: the old installations, initially constructed in the 1890s, the modifications done in the 1920s, 1960s, the demolitions of the 1970s.

First lignite mine shaft, then conversion in the GDR, then dilapidation. What historical authenticity can such virtual experiences develop in the auratic context of a real system? Is the logic of representation limited by the medium? How do different representations — rough 3D scans, clean 3D models, a talk, poetry — as different kinds of prosthetic knowledge alter our acceptance of its history, as a heritage, and its existence as a “memory”?